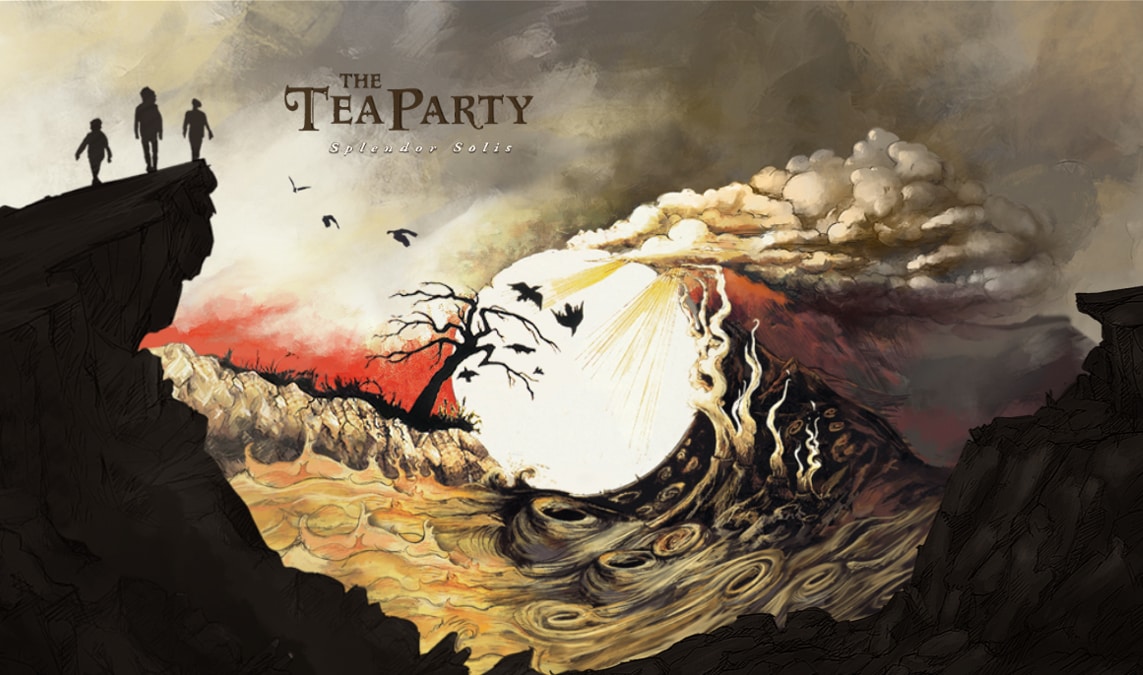 …the road to the album

The seeds of the Tea Party were sown in elementary school where Jeff Martin and Jeff Burrows struck up a lasting friendship and shared complementary musical tastes. . Both had music in their family – Burrows’ father was a drummer, whilst Martin’s stepfather was a bass player.

The two played together in The Jigsaw Affair, along with Jeff Renaud and Brad Burrows, who was soon replaced with Stuart Chatwood. A number of recordings exist from the Jigsaw Affair, including the embryonic roots of the future Tea Party song Psychopomp, as the track ‘Something More’, which you can listen here:

In high school the two met Stuart Chatwood, and together Stuart and Martin formed ‘The Stickmen’. The Stickmen went on to record a demo tape and tour frequently in Toronto in the late 80s early 90s, with Stuart on guitar and vocals and Jeff on lead guitar and additional vocals, notably on the track ‘Loverman’. 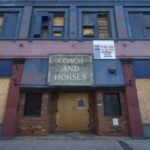 The Tea Party are founded

They found this within the pages of a well-thumbed copy of Hammer of The Gods. Some potential suggestions, though it remains to be seen whether they were serious contenders were The Crowley’s, Loch Ness, Edgewater Hotel, and The Lori Maddox’s. All of which were rejected in favour of the name given to the legendary 1969, four-hour Boston gigs of Led Zeppelin: “The Tea Party”. 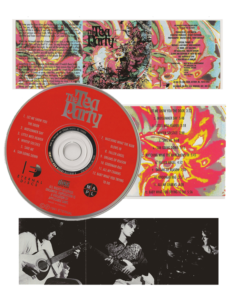 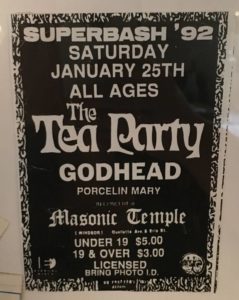 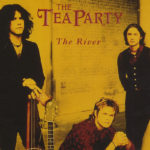 The River was the first single and video of the album. The video for The River was one of the first works by Floria Sigismondi, who later shot with artists like David Bowie, Marilyn Manson, or Robert Plant & Jimmy Page. The video also features a guest appearance by Roy Harper, who appeared on Pink Floyd’s album Wish You Were and was immortalized in the Led Zeppelin song “Hats Off to Roy Harper”. The video for The River won the MuchMusic Video Award. The River reached #79 in the UK Singles Chart, and #99 in Australian Single Charts. Translated with www.DeepL.com/Translator (free version)

The band toured the release of Splendor Solis extensively in Canada, and also embarked upon their first international tour, covering North America, Europe and Australia.
The band was exceptionally well received in mainland Europe and Australia. In Germany, Splendor Solis was voted WOM magazine’s ‘Album of the Year’; in the UK the band were included in the prestigious Reading Festival; and Save Me proved to be the breakthrough track in Australia, leading to a long-time love affair between the two. The band began to play multiple dates in cities, sometimes as many as three nights in the same city. The Canadian leg of the Splendor Solis tour was supported by Roy Harper. 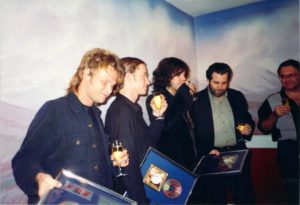 Splendor Solis sold reached #20 on the Canadian album chart and platinum status in 1994 (double platinum in 2000), and earned a Juno nomination for “Best Hard Rock Album”.

The band was also nominated for “Best New Group”. Splendor Solis was also The Tea Party’s first gold selling album in Australia, where the band have enjoyed great success throughout their career.

In Germany the album was voted to the “Album of the Year” by WOM Music Magazine.

Stuart Chatwood about the making of Splendor Solis.....